Over this past decade, young people have consistently had to process and answer the demands of an increasingly stressful world. From the COVID-19 pandemic to climate change to political and economic instability, it’s been a time when the mental health of children and teens has been particularly affected by complex times.

There have been several studies that have zeroed in on the state of mental health for young people today, both in the United States and around the world.

Now, a recent report is shedding light on mental health trends for children and adolescents, giving clarity to the fact that a lot of these problems (while exacerbated by the global pandemic) have been present before the emergence of the coronavirus outbreak and likely will continue to be a major issue as it subsides.

Experts say research like this is important in providing a pathway for educators, policymakers, and parents and guardians alike to provide better systems of support and interventions for young people as they encounter the realities impacting their mental health today.

In September, the Clarify Health Institute released a new report called “The Kids Are Not Alright: Pediatric Mental Health Care Utilization from 2016 – 2021.”

It offers a big picture look of where today’s kids are with their mental health and gives some clues as to what more needs to be done to address their needs.

The institute is part of Clarify Health, a cloud analytics and value-based payments platform company, and put this research into action following a 2020 Centers for Disease Control and Prevention (CDC) that pointed to the negative impact the pandemic had on U.S. children’s overall mental health.

Clarify Health’s data comes from a national sample of claims data that comes from more than 20 million American children and teens from 1 to 19 years old, between the years 2016 and 2021.

Among the findings, the use of mental health services jumped during these years. For example, emergency room visits for these young people increased by 20%, while inpatient admissions climbed by 61%.

When looking at demographic differences among different populations of young people, the data reveals inpatient admissions increased by 64% for girls and 68% for boys from 12 to 15 years old. It was only 7% for boys between 1 and 11.

After the emergence of the pandemic, the data showed that in the year 2021, utilization of mental health services for girls who were 12 to 15 years old were 2.5 times higher than for their male peers in the same age range.

As with other studies looking at mental health, disparities in who has access to the best care often drove negative health outcomes. For example, inpatient hospital admissions for kids with mental health conditions rose 103% among those who were commercially insured, while it increased by 40% among those covered by Medicaid.

The report also showed emergency department visits made by children with mental health conditions declined by 10% for those who were commercially insured. By comparison, it increased 20% in those covered by Medicaid.

They also found that emergency department rates in the year 2021 were “nearly twice as high in the Medicaid population” compared to “children with commercial insurance,” according to a press release.

Niall Brennan, Clarify’s Chief Analytics and Privacy Officer, who headed this research, told Healthline that this data fits in well with other recent discussions that have surrounded mental health in general, as well as children’s mental health, in particular, in recent years.

Brennan said the report is an important look at the stark realities of mental health concerns surrounding the nation’s youth, leveraging big data analysis to paint a central issue affecting our society.

He said it was dispiriting to see the “scale of the increases” in the utilization of mental health services over that five-year period. Especially striking was just “how pronounced” the increases were among kids in their early teen years, especially young girls.

When asked to distill what this research says about where we are today with young people’s mental health, Brennan explained that we are living in a time when great demands are being placed on children, which can be confusing and disorienting for them.

“I think what this shows is that it’s tough to be a kid right now,” Brennan added. “Social media, pandemic, existential dread over climate change, political dysfunction — the list goes on and on.”

Research like that released by Clarify Health suggests the mental health of America’s youth is on the decline. It should be a big warning for adults — both for those in these young people’s lives as well as the policy leaders who are in a position to shape them at the macro level.

“One of the biggest problems is that young people aren’t getting the mental health treatment they need early on. This lack of early intervention means that mental health continues to deteriorate until a young person ends up in the emergency room or on a psychiatric inpatient unit,” said Dr. Jack Turban, Assistant Professor of Child and Adolescent Psychiatry at The University of California San Francisco and Affiliate Faculty at the Philip R. Lee Institute for Health Policy Studies.

Turban, who was not affiliated with the recent report, told Healthline we currently have a “major shortage of pediatric mental health providers.”

“To make matters worse, low reimbursement rates from insurance companies for mental health treatment mean that many of the providers who are available do not take insurance. Pediatric mental healthcare is not affordable without using insurance, meaning that many go without care,” Turban said.

He stressed that it is all too common to hear from families of these young people that they often call “every listed in-network” pediatric mental health provider under their insurance plan, only to be told that none of them are taking on new patients.

Turban said this is an issue known as “phantom networks,” inaccurate provider lists that fail to connect people to the care they need.

The big elephant in the room of contributing factors to people not getting care was the ongoing pandemic. At its height in 2020, the pandemic resulted in mental healthcare “utilization that actually went down,” partly due to the fact that many people were either afraid to seek or discouraged from getting in-person care, Brennan said.

While telehealth services definitely brought a lot of providers straight to people’s living rooms during pandemic lockdowns, there still was a drop off in people using health services overall. This was especially true for those with less access to technology or who did not possess the financial means or insurance coverage to take advantage of those offerings.

“A lack of access to care was a major problem prior to the pandemic and only became worse once the pandemic started and we saw rapidly increasing rates of mental health challenges among children and adolescents,” Turban said. “The system was already overburdened, and the pandemic pushed it even further over the edge.”

In looking at data like this, is there a roadmap for figuring out how to improve a system that doesn’t seem like its adequately serving the mental health needs of America’s young people?

“I think it [the report] needs to serve as a call to action,” Brennan explained.

He said the fact that acute mental health care utilization among children and teens has been so high in recent years, placed alongside the reality that there was this increase in outpatient visits, “points to an urgent need for more availability of mental health professionals outside traditional ‘office hours.’ ”

Brennan said we also need to witness more early detection screenings (and more mental health screenings in general, for that matter) to better address the demand and also put in place preventive measures to help those most at risk for negative mental health outcomes.

“Ultimately, I think for kids who are struggling with these issues, it is far better to intervene early, to provide a healthcare ecosystem that, if possible, can negate that 11 p.m. trip to an emergency room or a hospital,” Brennan added.

These realities are most likely “increasing the stressors” these children are already experiencing today.

“They called on policy makers to implement evidence-based public policies to address the issue. While some progress has been made, there is still a long way to go,” he said.

By better highlighting all of these concerns through research and advocacy, the adults most present in children’s lives can better help them.

Turban said it’s important that parents and guardians have an understanding of the mental health concerns children in the U.S. face today.

It’s important they do what they can to provide support and guidance and connect these kids to needed resources.

Admittedly, it can be a daunting task — knowing how best to support a child dealing with mental health issues.

The American Academy of Child & Adolescent Psychiatry has a collection of ‘Facts for Families‘ to help with specific challenges while working toward accessing professional help.

Thu Oct 20 , 2022
As a parent, we are responsible for kids’ health, including dental hygiene. So our core task is to pass our children on good dental habits via personal example since healthy adult teeth result from excellent childhood oral care.  The parental golden rule is to look after children’s teeth from the […] 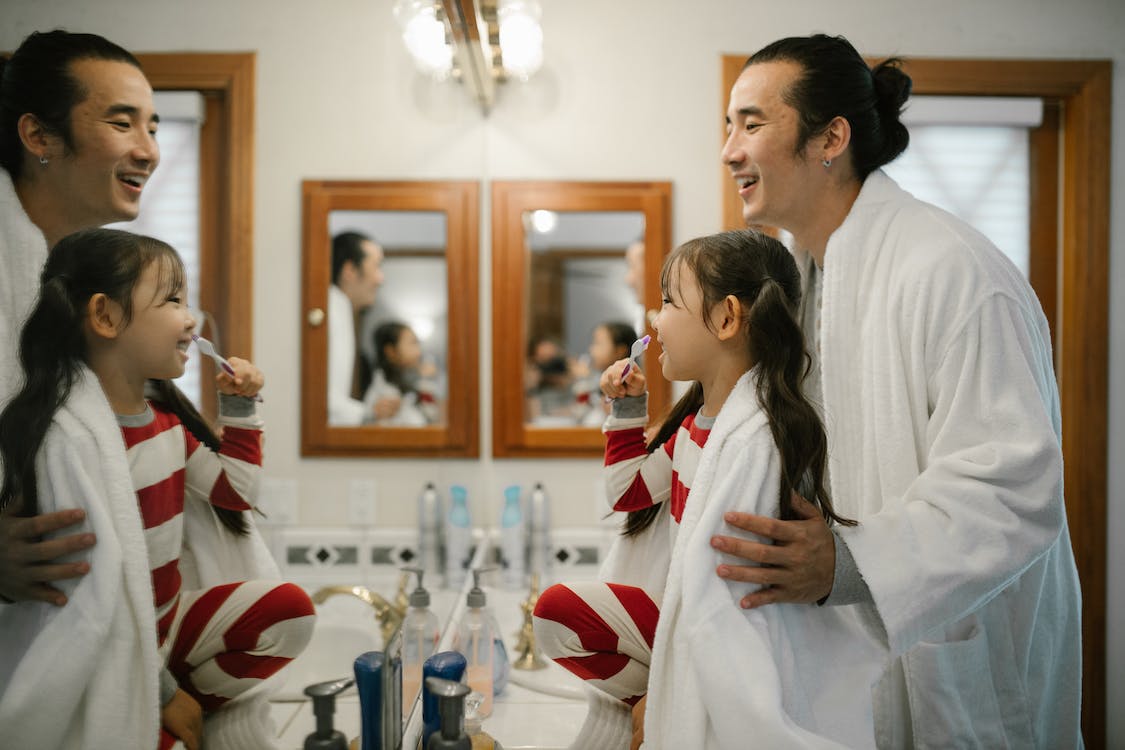 Big Money Business
We use cookies on our website to give you the most relevant experience by remembering your preferences and repeat visits. By clicking “Accept All”, you consent to the use of ALL the cookies. However, you may visit "Cookie Settings" to provide a controlled consent.
Cookie SettingsAccept All
Manage consent